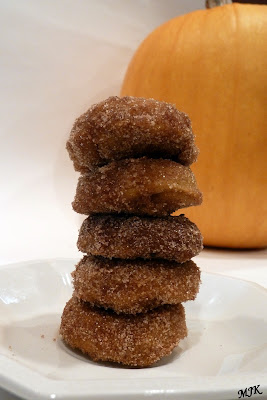 Two donut recipes in the same week?  What can I say?  I told you I like donuts :)

The original recipe made these baked donuts as donut holes.  Since I'm having so much fun with my new mini donut pan, I decided to make some mini donuts as well. 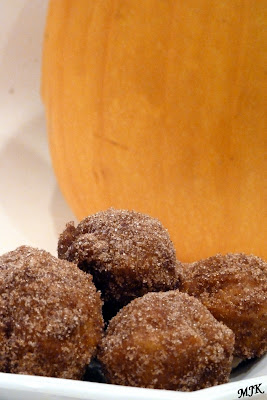 These were a huge hit in our house!  Mike wanted to eat them all before I had a chance to even snap a picture of them.  I think they lasted about a day and a half and then they were all gone.  I can't wait to make these again!

4.  Scoop batter into greased tins. I used both mini muffin tins and my mini donut pan.

6.  While donuts are baking, melt margarine in a small bowl.

7.  Combine sugar and cinnamon in another small bowl.

8.  Allow donuts to cool for 2 minutes.  Then dip each donut first in the margarine and then roll in the cinnamon sugar. 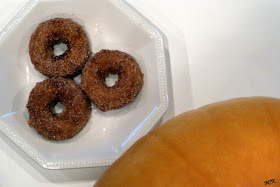