What is your most used small kitchen appliance?  Without a question, mine is my mixer.  Baking is 100 times easier when you have a mixer versus having to do everything by hand! 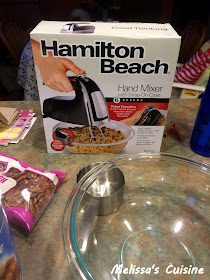 When I was approached by Hamilton Beach about reviewing their mixers, I didn't hesitate.  I love to try new products, and I've always been pleased with my Hamilton Beach products, so I didn't expect this time to be any different.

I was sent both their 6 Speed Hand Mixer with Pulse and Snap on Case, and their Stand Mixer.  When they came, I was excited to put them to the test and get started with some baking. 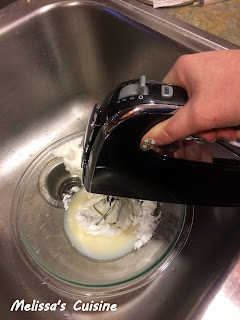 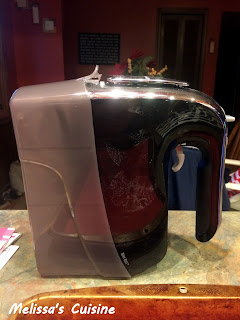 First up: the hand mixer.  I absolutely loved this mixer and it is definitely going to replace the one I had been using!  One of my favorite features it that the mixer has a case that snaps to it so you can store the cord, the various attachments, and the mixer all in one place.  No more digging through drawers for the beaters!  This mixer came with a set of beaters, whisk, dough hooks, and milkshake mixer.  I also liked the bowl rest, so I could let the beaters drip into the mixing bowl, rather than setting the mixer on the counter and having it drip everywhere.

Summer and I made pecan snowball cookies, and this mixer was powerful enough to stir the dense dough.  All in all, this mixer is a winner! 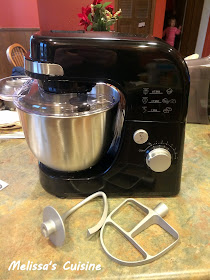 Next up: the stand mixer.  Straight out of the box, I knew I was going to love this mixer because of the suction cups on the bottom.  My current stand mixer has a tendency to bounce around the counter when it's mixing, and that problem is eliminated with the Hamilton Beach stand mixer.  This mixer came with a whisk, dough hook, and beater attachment.  It has multiple speeds, and has pictures showing what each speed is best used for.  My favorite feature though, was the spill guard.  I made peanut butter balls in this mixer and for the first time I didn't have powdered sugar flying everywhere when I started mixing!

Once again, Hamilton Beach came through and proved to have great products.  I loved both of the mixers I used and they have become staples in my kitchen.

Jealous?  Guess what?  Hamilton Beach has offered to give away one of each of the mixers I received to you!  Two lucky people can win--one will receive the stand mixer, and the other will receive the hand mixer.  I'll do two separate rafflecopters so you can enter for the mixer you want (especially if you already have one of them), or you can enter both!  (You'll notice that the entries are the same for both--so you only have to leave one comment to enter both giveaways.) a Rafflecopter giveaway a Rafflecopter giveaway

Disclaimer: I was sent these products for the purpose of a review.  I was not otherwise compensated.  All opinion expressed in this post are my own.
Melissa at 1/19/2016 07:44:00 AM